I am excited for my students to be learning about M. C. Escher this month. He was an artist with a vivid imagination and amazing technical precision. It is interesting that he failed math in the school, as his artwork, especially his tessellations, are very mathematical in nature. 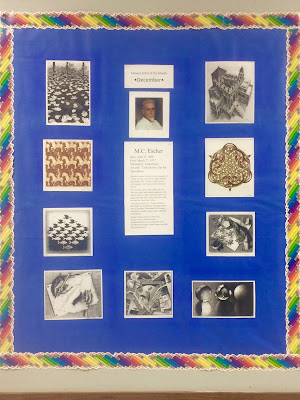 This text below M. C. Escher's photograph on the bulletin board reads:

Maurits Cornelis Escher was the youngest of 5 boys. He was raised by his father and his step mother. M.C. Escher’s father was a civil engineer, and engineering influenced his art.

M.C. Escher was a sickly child, and was drawn to music and creative endeavors. He was not good at math, and technically never graduated from high school, since he could not pass the final math exams.

After high school, M.C. Escher studied at the School for Architecture and Decorative Arts in Haarlem, Netherlands. He became interested in graphic design and woodblock printmaking.

Despite failing math in school, M.C. Escher’s art is characterized by mathematical precision, especially in his tessellations (designs where shapes interlock like puzzle pieces).
Posted by Jessica Young at 5:37 AM 1 comment:

Email ThisBlogThis!Share to TwitterShare to FacebookShare to Pinterest
Labels: bulletin board 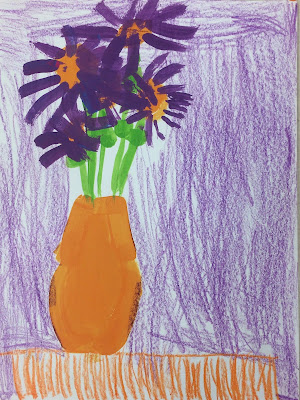 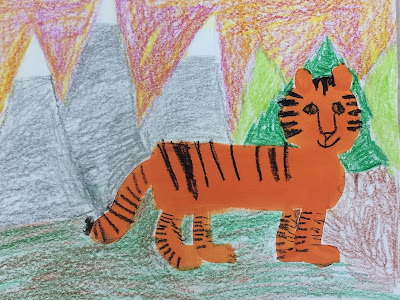 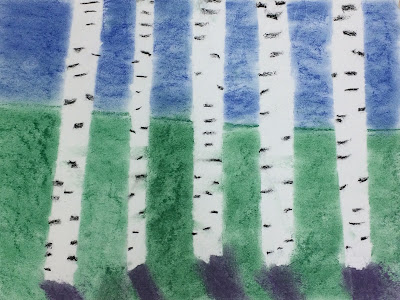 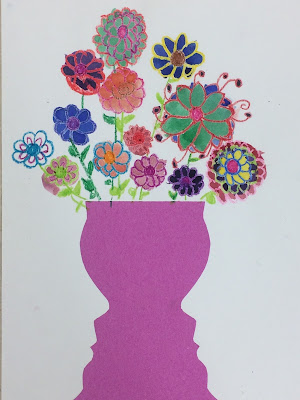 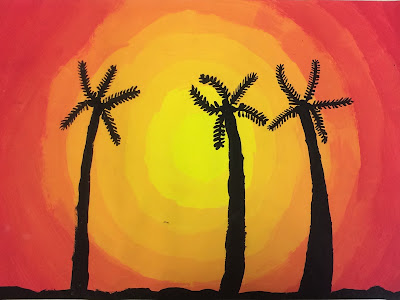 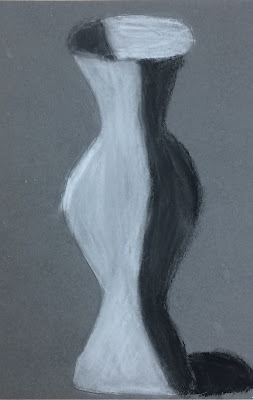 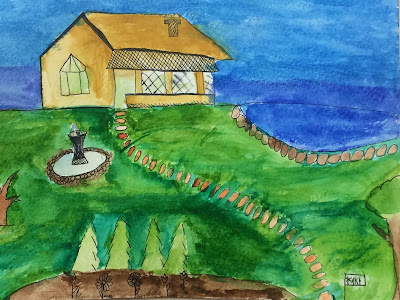 Posted by Jessica Young at 12:27 PM No comments:

Jessica Young
I teach art at Carroll Elementary School in Flora, IN. My favorite art medium to work in is ceramics, but I also enjoy painting, drawing, and printmaking. While I enjoy creating art on my own, it is even more rewarding to share my love for art with my wonderful students. Their eagerness, willingness to learn, and talent make teaching a joy. I am a member of the Reformed Presbyterian Church of Lafayette. I have many close friends at church who support me and encourage me as I try to live for Christ.